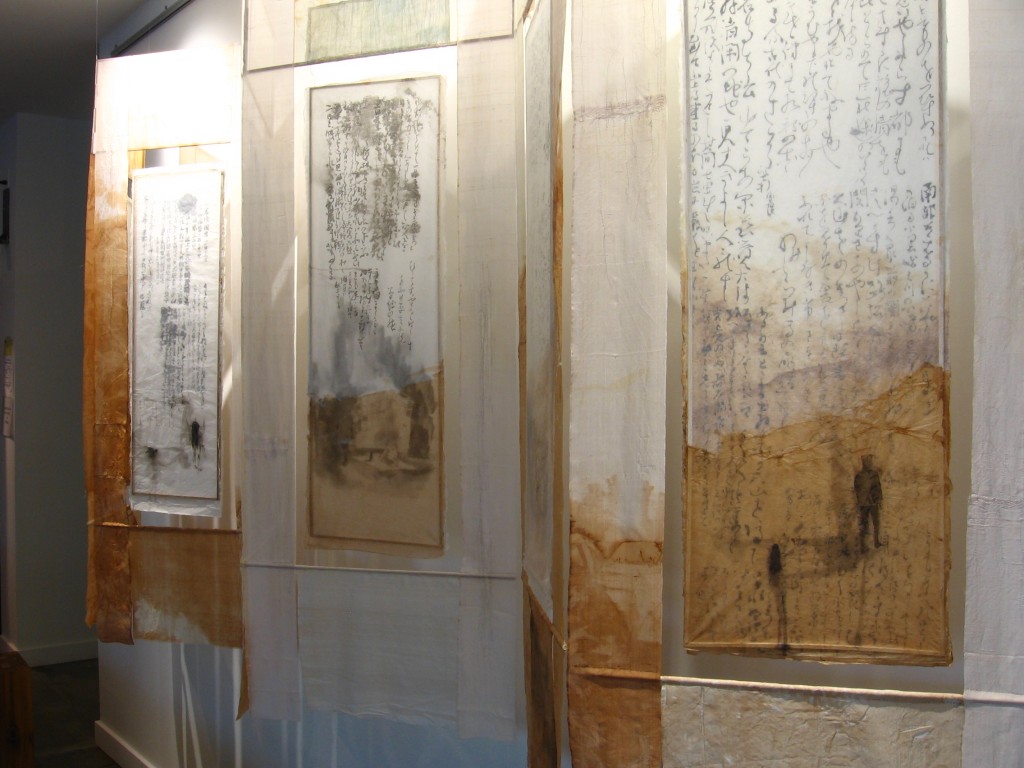 Yukiyo Kawano’s hand-dyed silk and paper installation is a study after Bashō’s prosimetric work, Oku no Hosomichi (Narrow Road to the Deep North). Considered to be one of the major texts of classical Japanese literature, Bashō’s work is based on a journey he made in the late spring of 1689 during which he passed through modern-day Fukushima. Kawano’s delicate piece revisits and personalizes the legacy of the nuclear era and the 2011 Daiichi nuclear plant disaster in Fukushima.