The image below shows the calligraphy on the kimono silk which is forming the shape of Fat Man, the atomic bomb dropped on Nagasaki on August 9th, 1945. I copied the original calligraphy done by Yosano Buson in 1778 called Oku no Hosomichi (Narrow Road to the Deep North) by Matsuo Basho. Considered to be one of the major text of classical Japanese literature, Basho’s work is based on an journey he made in the late spring of 1689 during which he passed through modern-day Fukushima.

By copying Oku no Hosomichi in the similar way that was originally written in 17 century, allow me to revisit and personalizes the legacy of the nuclear era in thinking both our history and 2011 Daiichi nuclear plant disaster in Fukushima. 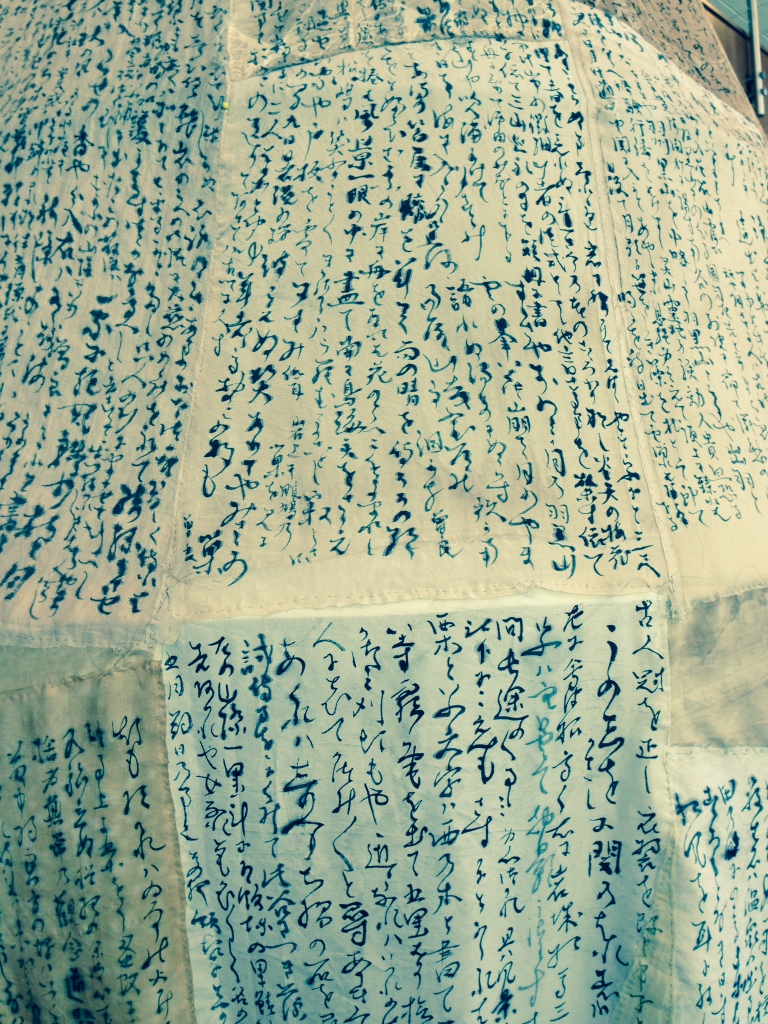